It may not have been the summer you or anyone else quite expected when we first entered 2020, but thanks to Tom Grennan, Various Artists Management, and the team behind Virgin Money’s Unity Arena in Newcastle, we did at least have one summer festival before the end of August!

This year, we have worked closely with Tom and his team who all share ambitious visions for his live performances and enhancing the experience of his audience.

The brief for Tom’s performance at Virgin Money’s Unity Arena was to create a distinctive look and to find a way to get the socially distanced audience connected and interact with the show.

The result was a production design that included a custom backdrop, fabricated in house by our production team, a way to use the audiences’ phones by controlling their lights and screen colour, and an extras package of lighting and control. 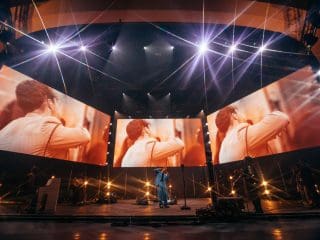 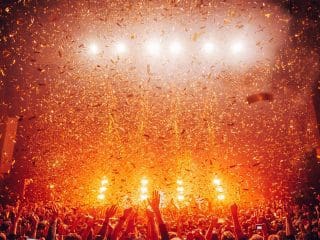